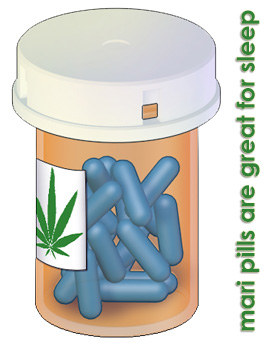 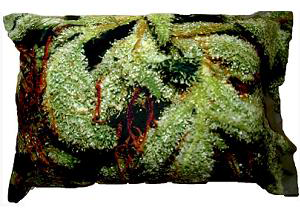 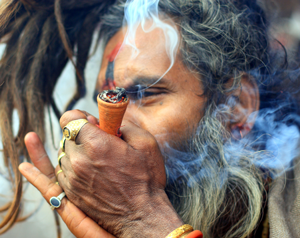 For more than 3000 years cannabis has been known as a gift from the gods, according to Indian mythology and ayurvedic medicine. The magical Cannabis lowered fevers, fostered sleep, relieved dysentry, and cured sundry other ills; it also stimulated appetite, prolonged life, quickened the mind, and improved judgement.

How to treat insomnia with cannabis

Sleep Issues are complex. Cannabis can both make you wired and unable to sleep as well as put you to sleep if suffering from insomnia. Regular cannabis use can also both interfere with one's sleep cycle and enhance it.

Cannabis is biphasic medication. What does this mean? Cannabis compounds have biphasic properties, which means that low and high doses of the same substance can produce opposite effects. Small doses of cannabis tend to stimulate; large doses sedate. Too much THC, while not lethal, can amplify anxiety and mood disorders. “Less is more” is often the case with respect to cannabis therapy.

Medical cannabis research studies have unearthed the positive association between sleep and marijuana use. It is believed that marijuana usage in limited amounts can improve the quality of sleep.

There are five stages of sleep: four NREM (non-rapid eye movement) stages marked from 1 to 4 and a fifth stage called REM (rapid eye movement) sleep that is associated with dreaming. Stages 3 and 4 represent deep, slow-wave states of sleep, where the brain switches off almost completely and the heart rate and breathing decrease considerably. These states are restorative and refreshing. The four NREM and the REM stages occur in cycles throughout the period of sleep.

According to several studies, marijuana has been found to both induce sleep and increase the duration of Stage 4 sleep. But its effect on Stage 5 sleep is more mixed. Cannabis has been found to decrease the length of the REM cycle of sleep by increasing the duration of the slow-wave stages of sleep. Nevertheless, these effects improve the overall quality of sleep in an individual.

In this regard, Green Buddha found that the below regime works for two-thirds of our patients suffering from insomnia. Furthermore there seems to be no tolerance effect, meaning there was no decrease in the effect of the cannabis-containing drug even after years of starting the therapy. There was also no need to increase the dosage of the drug.

MediblesIt is as simple as that. While medibles takeup to two full hours to effect - they stay in your system for 7 to 8 hours - well in sync with your sleep cycle. Consume your edible two hours before you intend to go to bed. Experiment with how small an edible works for best success.

Vaporize Indicaif you have trouble falling asleep, vaporize a wee bit of cannabis immediately before you want to go to sleep. Most (but not all) find indica works better than sativa for sleep. Decarboxylate your cannabis before using it in a vaporizer to get a better hit.

Be aware that cannabis withdrawal has been associated with troubled sleep patterns and the occurrence of vivid dreams.

Several studies have noted an association in heavy cannabis users and difficulty sleeping. Nonetheless it is incorrect to assume this is a cause and effect pattern. Those who have difficulty sleeping often explore cannabis for relief, which is not the same as suggestion cannabis is causing their symptoms.

Holisticist Approach Long term sleep issues cannot be solved by cannabis alone. Regular exercise, patterning oneself differently, reducing stress in your life, are all valid ways at improving your ability to get a good night's sleep. Other recommendations include not eating a big meal within two hours of sleeping, keep your sleeping room dark and getting exercise before going to bed. Eating foods rich in tryptophan (bananas, dates, turkey) before bed may also aid sleeping.

Long term sleep disorders can also be a sign of an additional health concerns so it is wise to fully discuss your sleep issues with your doctor. Remember Green Buddha is not a medical practioner.

If you suffer with a sleep disorder medical condition please consider growing your own medicine. To grow in order to make medibles is fairly easy and only a few plants are needed.