What does this mean? Cannabis compounds have biphasic properties, which means that low and high doses of the same substance can produce opposite effects. Small doses of cannabis tend to stimulate; large doses sedate. Too much THC, while not lethal, can amplify anxiety and mood disorders.

"The onset of alzheimers is the brain's failure to produce enough of its own neuroprotective endocannabinoids."

Cannabidiol exerts a combination
of neuroprotective, anti-oxidative and anti-apoptotic effects against b-amyloid peptide toxicity, and that inhibition of caspase 3 appearance from its inactive precursor, pro-caspase 3, by cannabidiol is involved in the signalling pathway for this neuroprotection.This is why cannabis can assist Alzheimer patients.

On Cannabis and Parkinson's

Cannabis high in THCV has also been implicated in reducing the symptoms of Parkinson's. THCV is very similar to THC and is found in a lot of African and Asian cannabis strains. 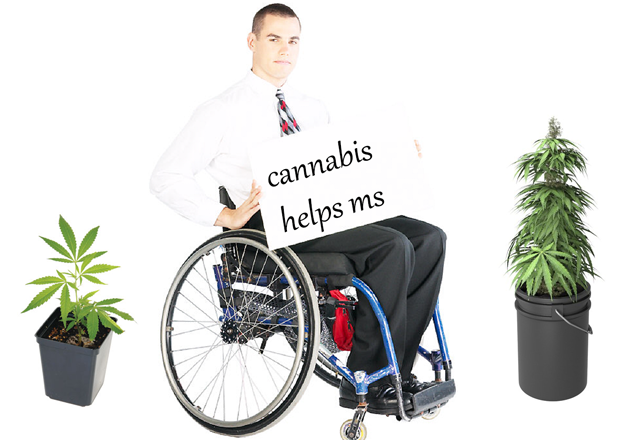 MSis a life long auto-immune disease in which the immune system attacks the body's nerve cells. The symptoms include incredibly painful spasticity issues, muscle spasms and intense neuropathic pain. Inhaling cannabis has been repeatedly shown to not only assist in stopping the spasms, but has also halted the progression of the disease. Reports of medicinal efficacy of cannabis for MS can been traced back as far as 2700 BC. Even at that time there were reports which suggested a neuroprotective effect of the cultivar. As a result of this, alterations in the eCB system have been extensively investigated in a range of neurodegenerative disorders. The evidence shows the endocannabinoid system as involved in the cause, treatment or symptomatology of the neurodegenerative disease. WIth this in mind, it is no surprise MS patient find relief with cannabis.

The notion has emerged that multiple pathological conditions - including multiple sclerosis might be envisioned as syndromes of "endocannabinoid deficiency."

Perhaps MS is a disease of endocannabinoid deficiency. The endocannabinoids system mediated by the CB2 receptors reside in our immune cells. Among other functions, these cells are called upon to promote inflammation after an injury or in the course of fighting an infection-an important and adaptive mechanism of sustaining health.

Currently medical science is testing the hypothesis that agents acting through CB2 receptors or blocking the degradation of endocannabinoids can temper the detrimental inflammatory responses occurring in multiple sclerosis, Huntington’s disease, AIDS and dementia. CB2 receptors appear to regulate the body's immune functions.

Natural cannabis plant extracts have been shown to be very effective at providing relief from the symptoms of multiple sclerosis and other neurological conditions - most particularly the hard to treat pain, joint stiffness and spasticity issues.

TreatmentGreen Buddha found that the majority of MS patients benefit from both the use of cannabis caps which address the CB2 receptor as well as inhaling cannabis for the pain and spasticity issues.

MS patients found that over time - the cannabis caps actually became more effective. It may be that the levels of cannabinoids in the CB2 receptor "spike" up and down less and this may be why cannabis has been found to halt the progression of the disease. Outside of a good night sleep MS patients may not perceive any other effect from the cannabis caps, but Green Buddha found that they were the most effective in the long term.

One study has also discovered that the most effective cannabis for MS patients was cannabis which is one third CBD and two thirds THC.

Enhancing Your eCBwill also assist MS patients and others who may suffer from endocannbinoid deficiency syndrome. There are two primary ways to strengthen your endocannabinoid system.

Firstis by avoiding stimuli that deplete endocannabinoid resources. For example, one of the functions the system mediates is the reduction of inflammation. Therefore, eating inflammatory foods like refined grains, sugar, and trans fats can eventually be overwhelming. Stress also recruits endocannabinoid resources, so poor nutrition combined with stress can be especially damaging. Eating an anti-inflammatory diet rich in fruits, vegetables, nuts, seeds, and healthy fat sources like olive oil, fish, and eggs is very helpful, as is engaging in stress-reducing activities like meditation and yoga.

Secondpathway to empowerment is consuming things that up-regulate endocannabinoids or cannabinoid receptors. For example, probiotics increase CB2 receptors in intestinal cells and may even potentially reduce pain by acting through those receptors. Exercising, including running and biking, increases endocannabinoid levels. Olive oil, in addition to being anti-inflammatory, may help fight colon cancer by increasing CB1 receptors on the cancer cells. Researchers found that patients with naturally high expression levels of CB1 and CB2 receptors had significantly better disease-free survival than patients with low expression levels.