There are others who would utilize the good works of Rick Simpson for other purposes - such as enriching themselves. If you are going to experiment with RSO make your own oil.

By 2014, some of this product was also being marketed to the unregulated dispensaries and co-ops in Washington State, which further raised our alarms.

1) CBD is scheduled and shouldn't be sold on the internet

2) that it is appeared that the RSHO contained a number of contaminants including pesticides and heavy metals.

(Consider making a contribution to this excellent group for their stellar work.)

The drama does not end here, as "big marijuana" is fighting back.

Read more on Medical Marijuana Inc. and the "Shady SIde of Weed, Inc"

While the verdict is out on RSO and cancer, RSO or the essential oil of cannabis works great as an opiate substitute. Read the story of "Russell" and how he weened himself from opiates with RSO with much better effects.

What is the healthiest way to produce the essential oil of cannabis? With Olive Oil! 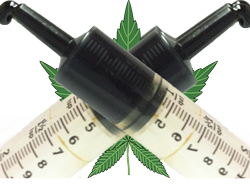 Cannabinoids are statistically significant in reducing tumors in both in vitro and in vivo studies. While this is not the same as saying "RSO cures cancer," it would be more truthful to say that RSO may statistically improve your chances with cancer. Whle Rick

Simpson tells his public that it is best to make the oil for themselves, as he too is wary of "hemp oil hucksters." Partly because of the popularity of RSO, and the large numbers of claims as to its success there has been an industry of those trying to sell hemp oil to this fragile group of patients. Green Buddha has been very concerned that this fragile group of patients desperate for a cure would make easy pickings by unscrupulous businesses.

In 2013 Green Buddha found that companies were marketing hemp oil and high CBD products on the internet. CBD is a scheduled compound so this was odd. Amazon soon was selling the extremely expensive RSHO - "Real Scientific Hemp Oil" which seems geared towards people who would be looking for RSO ("Rick Simpson Oil") and is produced by HempMedsPX for their parent company Medical Marijuana, Inc.

We were concerned because of course at that time there were no high CBD fields of cannabis in this country so where was the raw material coming from?

Furthermore, we felt the illegal internet sales preyed particularly upon those who lived in states with out any access to medical cannabis but who had heard that hemp oil or "RSO" was useful. The internet sales of RSHO seemed aimed towards that confusion and was aggressively marketed to children with catastrophic seizure disorders.

We had concerns about whether the raw material might be derived from the industry hemp industry abroad which is known to be grown in a chemically intensive manner. The Project CBD also had concerns. (<--continued)

How to Make RSO In 3 Easy Steps

The healthiest way to produce cannabis essential oil is with ethanol and olive oil were shown to perform the best, extracting the full range of terpenes and cannabinoids present in cannabis plant material very efficiently. Additionally these solvents are safe for consumption. Pure ethanol will also extract the chlorophyll making for an unpleasant taste. There is no need to preheat (decarboxylate) the cannabis before soaking it in the ethanol/olive oil.

Soak your quantity of cannabis in an amount of ethanol/olive oil to cover the plant material. Let it soak for at least a week - up to two weeks. Filter out - with a collander and/or a cheesecloth and throw out the plant material keeping the liquid. If using ethanol evaporate the liquid in a crock pot slowly at low temperature. The final product will be extremely sticky and require careful handling. If using olive oil - once the oil has cooled slightly it can be used or capped. Olive oil is less efficient in its use of caps. 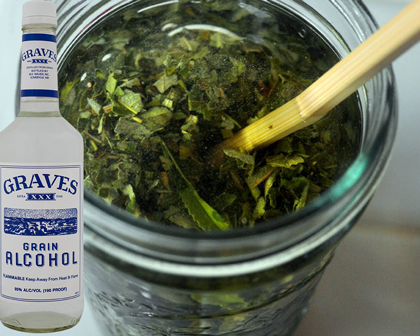 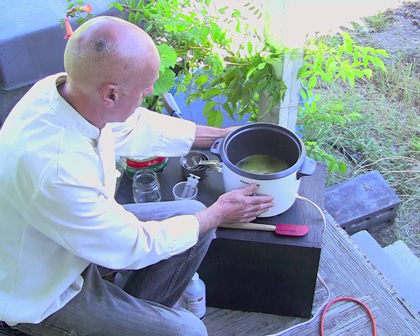 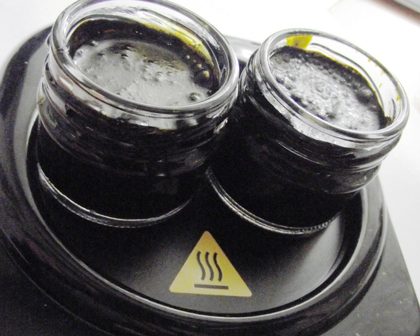 Green Buddha did not start dispensing RSO until 2009, but from 2009 until our storefront was shuttered in April 2015, we gave away at least a 100 day supply of RSO to 589 patients. We never charged for RSO. I personally do not believe that RSO cures cancer, but if I was an oncology patient I would be flooding my body with cannabinoids, in addition to engaging in nutritional healing practices. As such I would try RSO, but I would want to make sure the product was clean of contaminants including pesticides. I would only make it with olive oil or ethanol.
Because of the ephemeral nature of RSO as medicine as a anti-cancer agent we at Green Buddha were uncomfortable taking money from those absolutely desperate to try the medication out. Our solution was to give at least a 100 day supply along with a thorough discussion of the need to grow medical cannabis for future RSO. About half our patients found a way to grow or to get someone to assist them with doing so. What weI also saw was that the more pro-active group - had a better response across the board to their oncological dilemma. There's a positive health effect that takes place when someone makes the decision to be more pro-active about their condition and grow for themselves. In the seven years we at Green Buddha gave oil away we did indeed see a few miraculous stories. But the profundity of minor stories of patients being in less pain, less fear, more at ease, more alert and more engaged in life are perhaps even more important.