Learn to think outside your cultural frame of reference. We want to encourage patients to think critically about their cannabis consumption so we utilize it with the greatest success. Think critically about how you integrate cannabis into your world, because while the cultural and legal landscape is much improved an intensive commercialization has brought a whole lot of new concerns. Think critically about the cannabis products being marketed to you and make rational cost-benefit analysis. Part of the "miracle" of medical cannabis has been its cost and we think patients will have to be aware and fully actualize their rights to keep it that way. Be a cannabis critical thinker!

Pro-cannabis but anti-consumeristis the Green Buddha perspective. Anti-consumerism is a sociopolitical ideology that is opposed to mindless consumerism, the continual buying and consuming of material possessions. As we enter the "Greenru$h" era we hope to encourage patients to reflect carefully on the cannabis market. Green Buddha velieves there is an anti-intellectual sentiment in American culture and hopes that the increased cultural embrace of cannabis is done with eyes wide open. Our perspective is pro-cannabist but all anti-consumerist.

What is critical thinking? The WHY question

The essence of thinking critically is not centered on supplying answers but on asking questions - particularly the "why" question. For example, why is Cannabidiol considered the more "medical" cannabinoid and is that valid? Why is the lack of psychoactivity considered "better?" is it really so?

Question assumptions. Does the American medical system have a predisposition against psychoactivity in our medications? Is feeling "good" an acceptable medical goal?

Check the source, how knowledgable?

What is the source's motivation and how knowledgable are they? Prime sources are the best and so is it when different sources agree. Websites where the sources are not cited are of little use. Be dubious of social media sources. Find citations and actually read the original resource.

Prominence does not equal importance nor value

Look for evidence, be skeptical of surveys/polls

Who funded the project and how were the questions chosen, etc. All these considerations have massive influence. A poll by a group against the legalization of cannabis that asks "how do you feel about the dangers of marijuana?" is flawed from the beginning.

Check for political orientation and perspective

Is this the Fox news network? If you are not familar with media bias in the United States - get informed.

Look out for exceptions

"The exception that proves the rule" is an exception to a generally accepted truth. This is an archaic use of the word 'prove', which means 'to test'.

Think out of out the box. Try and look at the issue from another cultural perspective. Be open to change. 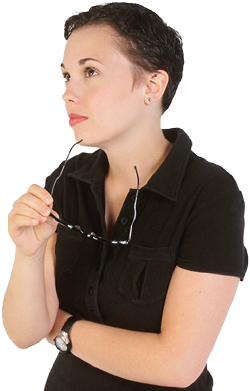 Be open to alternatives

Be receptive to alternative possibilities and perspectives. It is OK to change yoru mind if the evidence dictates doing so.

Try not to personalize reasons, nor appeal to traditions, ignorance or emotions. Don't assume evidence you already believe is better. 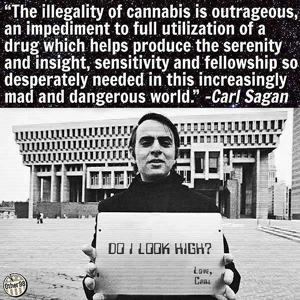 Carl Sagan "Do I look high?"

The first ones are usually uniformed and wrong. Look for exceptions to your conclusions. If cannabis is so dangerous why was Dr. Carl Sagan encouraging critical thinking about cannabis?