Which is best indica or sativa?

There’s a fair amount of confusion surrounding the botany of Cannabis even among botanists. Until the 1960s, botanists considered that there was only one species of Cannabis C. sativa, but by 1963 an additional species C. ruderalis was found to have enough distinct characteristics to single it out as a distinct phenotype. Shortly thereafter, Cannabis sativa var. spontanea (large fruited sativas versus fiber sativas) was added as well as C. indica shortly thereafter. In the last decade most botanists would add the recently defined C. afghanica. Since the 1970s, cannabis has been divided into three sub-species (often confused as different species), C. indica, C. sativa, C. ruderalis, with ruderalis largely being considered ‘wild cannabis,’ not fit for medicinal or recreational uses. But it seems Richard Evans Schultes, the man who created the original taxonomy for cannabis in the 1970s, misidentified a C. afghanica plant as a C. indica plant. Today most scientists believe that the species is Cannabis, part of the family Cannabaceae, found in the genus Humulus along with the hops plant. Botanists now believe that there are tree species of Cannabis: Cannabis indica (formerly Cannabis sativa variety indica), Cannabis afghanica (formerly Cannabis indica) and Cannabis sativa (formerly Cannabis ruderalis), although in the advent of genetic testing this paradigm might be shifting. Because of cannabis’s thorough domestication and long association with humans spanning nearly seven thousand years, the notion that there are individual Cannabis species is not completely agreed upon. Today’s popular mixed strains are hybrids and cross‐hybrids to further add to the confusion.

These different species, subspecies or phenotypes have also been positively identified on the basis of the psychoactive resin’s chemical composition. Indicas can have higher levels of the cannabinoid cannabidiol (CBD) and lower levels of tetrahydrocannabinol (THC) than sativas. Sativas have lower levels of CBD and higher levels of THC than indicas. But once again adding to the confusion most modern hybrids have been exclusively bred for THC production are nearly devoid in CBD. We will come back to these differences in chemical composition later.

How does a botanist identify these different species or phenotypes? If the plant is tall (6‐18 feet), with long thin leaves and sparsely branched with long internodes it is C. sativa. Sativas are thought to have originated in a large geographical area running from Central Asia through Central Europe at approximately the 45‐50th parallel. If the plant is short (1‐2 feet), sparsely branched and auto flowers it is C. ruderalis. Unlike the other Cannabis species C. ruderalis will flower independent of the amount of light provided. C. ruderalis originates in Siberian but can now be found on all the world’s continents, including the Antarctica. If the plant is short – four feet or less and has short internodes, dense branching with dark green short broad leaves – and its flowering is determined by hours of daylight it is C. indica. Indicas originate from the 30th parallel across the greater Himalayas (Afghanistan, Pakistan, India and Nepal). C. afghani is similar to C. indica but found at 3000ft in altitude in the mountainous regions of Afghanistan. C. afghani is popularly known as kush.

Domesticated types, mixed strains and hybrids are subject to the selective pressures of human cultivation and have expanded the possible range of phenotype definition. Today there are some hybrid indicas that can feel like sativas and hybrid sativas that have indica characteristics. So what is the medicinal effect of indicas generally? Indicas are superb as muscle relaxants and provide the best full on analgesic effect, sometimes because of higher levels of CBD. C. indicas are excellent for pain management as it provides the whole body buzz. Indicas are bronchodilating (they open the airways) and lower one’s blood pressure. Indicas are euphoric in nature and can also lower depression. Indicas can increase appetite, but also put one to sleep before they can do anything about it. Indicas make an obviously night time choice for medicating as they are excellent at enhancing sleep.

What typifies the sativa high? The sativa medicinal high is uplifting, stimulating and energetic. No couch lock here. Sativa is cerebral in nature… the mind trips the light fandango and there’s a feeling of optimism. They can be great for depression also as long as they don’t raise anxiety. Due to sativas’ energetic mode they can induce a wee bit of anxiety in some folks. We often use the caffeine analogy for those without sativa experience. Some sativas that are extremely high in THC can also be spacey or psychedelic in nature. Sativas care also be surprisingly decent for pain, excellent for migraines, but they operate differently that indicas which gel the body. When using a sativa it is not that you don’t still have your pain, it is that your mind is delightfully otherwise occupied. Sativas encourage greater movement than indicas and are thus particularly good for muscular‐skeleton issues. Sativas are a good choice for daytime medicinal use. If there is a downside to some sativas it is they can be a little edgy like too much caffeine in one’s system. As well those with anxiety disorders will want to explore them slowly. In summation, Cannabis sativa’s high tends to stimulate hunger and be more comedic, energetic and creative.

The active chemicals responsible for the medicinal effects of cannabis are collectively called cannabinoids. This group includes THC, CBD, and CBN. Sativa’s cannabinoid profile tends to be dominated by higher THC levels and no CBD levels. Indica's chemical profile can show a more CBD with more moderate THC levels. This being said most modern cannabis hybrid strains are being engineered solely for THC production. As the medical benefits of CBD become more understood we would expect future strains to have more CBD. More data is needed to determine a complete understanding of the indica/sativa effect.

Finally tremendously adding to the confusion is the fact that a huge portion of strains are misidentified. With the advent of commercial cannabis consumerism - if what's selling is "super lemon haze" - than what's in the bag is "super lemon haze." Green Buddha agrees with Dr. Jeffrey Raber that in this regard cannabis strain names are meaningless. 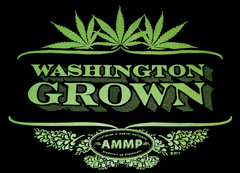 For additional information Green Buddha would like to highlight the fabulous work by Clarke and Merlin "Cannabis: Evolution and Ethnobotany" (2013) which was a compliation of more than 40 years of work in cannabis science genomics.

A chapter from the book "Cannabis and Humans" is available in the Green Buddha Reading Room.

Those interested in Cannabis genetics will also enjoy the recent "Genetic Structure of Marijuana and Hemp" (2015).

Cannabis indicas are excellent for pain management as they provide the whole body load similar to opiates. Indicas are bronchodilating (they open the airways) and lower one’s blood pressure. Indicas are euphoric in nature and thus can lower depression. They can be great for anxiety and other psychological disorders. Indicas can increase appetite, but often put one to sleep before one can do anything about it. Indicas are couchlock. Indicas are wonderful for dulling pain. Indicas make an obviously night time choice for medicating as they are excellent at enhancing sleep.

What are the effects of C. indica or C. afghanica?

The sativa medicinal high is uplifting, stimulating and energetic. No couch lock here – think caffeinated effects. Sativa is cerebral in nature… the mind trips the light fandango and there’s a feeling of optimism. This is because some sativas that are extremely high in THC. They can be even better for depression but because of sativas’ energetic mode they can induce a wee bit of anxiety in some folks. Sativas can also be surprisingly decent for pain. When using a sativa for pain management it is not that you don’t still have your pain, but more than your mind is delightfully otherwise occupied and has forgotten about it. Sativas make a wise choice for daytime medicinal use.

What is C. sativa is good for?

This often surprises patients but most modern recreational cannabis strains are in fact devoid of any substantial Cannabidiol (CBD). Why is this? Well during the 1970s and 1980s as cannabis guerrilla geneticists worked on strains what was desireable was big beautiful looking buds. SO they created strains with dense nugs that would have better market appeal. In the process they bred out all the CBD found in the more natural plant. We have now come to discover our mistake and geneticists are working on new THC and CBD strains - enhanced by the commercialization of cannabis which has happened in the last few years.

Why are most modern cannabis strains devoid in CBD?

When you smoke or vaporize cannabis, the THCA molecule loses its carboxylic group (COOH) in the form of water vapor and carbon dioxide and becomes THC. Long story short, THCA becomes THC and your cannabis becomes psychoactive. This process is called decarboxylation or decarbing. To get the most efficient use out of your cannabis decarboxylate it before using.

Why decarboxylate your medical cannabis?