About Green Buddha & Our Mission

Green Buddha Patient Co-op is the oldest continuous medical cannabis collective in Washington State. We began as a simple collective of patient friends in a North Seattle garage in 2007. Seattle's medical cannabis world was different back then and proper storefronts were not yet allowed. In 2008, we participated in the ACLU led discussions with the King County Prosecutor's Office, Seattle Police and other parties on medical cannabis collectives. Also in 2008, we came to occupy commercial space in Fremont as a patient centered medical marijuana co-op fully staffed by friendly volunteers. Green Buddha has remained an authentic collective and has never had any paid employees. 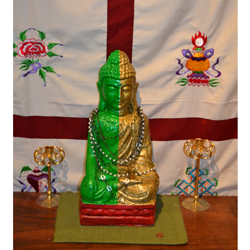 In 2009, Green Buddha moved into commercial storefront in the Ravenna neighborhood where we stayed until April 2015. At that time, we closed the storefront in expectation of being licensed under I502 as a medical cannabis store and center. We hope to reopen as a fully licensed and regulated not-for-profit medical cannabis store in 2016, serving both the registered and unregistered patient community.

When operating as a storefront we provided the very best medicine, grown locally and in an organic fashion. Furthermore, we advocate never condoing nor using pesticides in production of medicinal cannabis. We were the only collective to be certified free of all microbial contamination and pesticide residue by NW Botanical Analysis lab. Our goal was to ensure that patients got the cost-effective, high potency, safe medicine in a friendly and comfortable environment, interacting with other legitimate patients. 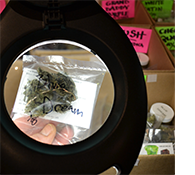 Green Buddha has extensive experience in the efficiacy of medical cannabis and we use this experience and knowledge to filter what we deem the most relevant information. But do not let this inhibit you from being proactive and to examine all with a critical eye.

W e at Green Buddha Patient Co-op believe that patients need to fully actualize their medical cannabis patient rights. While we believe the regulating of medical cannabis is both needed and desired, we also know the transition will be difficult for authentic patients. To this end our website serves to assist Washington State medical patients in making the best and most informed decisions so they weather this potentially difficult transition. We look forward to seeing our clients again when we reopen in 2016. In the meantime, we are available by email for consultation and inquiries on a limited basis. It has been an honor to serve the medical cannabis community so far.

Her patient-based cooperative in north Seattle dispenses medical marijuana to treat seizures, sleeplessness and other maladies. But her one-word summary of the outlook for medical marijuana (in 2016) is anything but sunny: “Disastrous.”

A smiling woman approached us in the waiting room of the chemo ward. She sat down and explained that most dispensaries failed to follow the inadequate legal guidelines that currently regulated them. “There are very few dispensaries in Seattle that I’d trust,” she said, “And Green Buddha is the best of the best.”

Green Buddha in the News

As the oldest collective in Washington State, Green Buddha has been in the news a number of times. 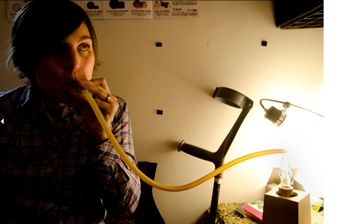 Quick answers on your DWI, Does Seattle Turn a Blind Eye to Marijuana Possession? June 4, 2010.

Medical Marijuana: How much is enough? by Carol Ostrom in the Seattle Times May 21, 2008.